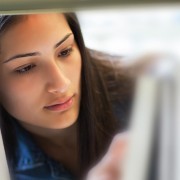 Pressurized mud cap drilling is also known as PMCD. This technique of drilling is utilized for the mitigation where extreme losses of fluid are often identified in extremely depleted and fractured formations that take place naturally along with the NPT of associated manner. This technique is the initial concept variation heavy on light (Starket et al. 2016). PMCD is used wherein the normal methods experience challenges in circulation maintenance.
For the control and prevention of lost circulation and kicks during drilling across the layered formations, fluid of drilling combined with cuttings and water are pumped within the drill pipe (DP) and wellbore (Patel et al. 2013). It was developed for the continual pressure monitoring at the surface. CBHP is one of the commonly used technique for the reservoirs that are gravely depleted and the narrow windows of MW. Similarly, PMCD is utilized for the mitigation of extreme losses of fluid (Elmore et al. 2014). DGD is used for the drilling across deep water and the HSE technique is utilized for the focus over safety and environmental concerns. The techniques of MPD from the floating of MODU emerges at a rapid pace since the industry of oil and gas are increasingly concentrating towards the associated technology (Elmore et al. 2014). It is considered that the CBHP of MPD with use of RCD being submerged was found in the year of 2010 and the DGD systems less of the riser had became available in the year of 2012.
Constant bottom hole pressure (CBHP) is the method of MPD wherein the pressure of annular is maintained close to the regular and constant at the defined depth. The technique is based on the annular back pressure control maintaining and had been applied effectively in numerous reservoirs that were severely depleted (Yu et al. 2013). The objective on this technique lies in elimination of the kicks cycles which are common in the wells of deep scale wherein the fracture gradient are in the close proximity with the pressure of pore.
Dual gradient drilling is another technique of MPD regarded as DGD. It undertakes the two varied annulus fluid gradients for the purpose of identified a nearing match to the regime of natural pressure, one over the seabed and other under it (Epps et al. 2016). This technique is the most suitable application of technology for the drilling in deep-water because the large mud column in the riser of marine can be removed with utilizing the system of dual gradient. The purpose lies in reduction of formation damage and loses of related fluid upon deep formations drilling with gradients of low fracture.
如果需要了解英國論文代筆價格，就來我們英國論文通AssignmentPass輔導網，點擊上方欄目列表，我們有畢業論文代寫、Essay代寫、Assignment代寫和PS代寫等各種服務等著你，客服24小時在線，歡迎諮詢!