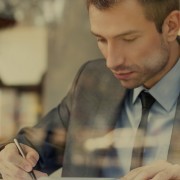 Stewart (Pg. 133) puts forward a theory that the human body is the one which resembles the infinite experiences and offers itself as an extension. The body is having its own identity and is very much infinite when considered from the body’s potential and thinking, but it realises its limitations soon when it is confronted with a situation out of its control. The idealized body inside the mind of an individual believes itself as immortal and transcending everything, but this is an abstract phenomenon of the body as it is an imagined realm of existence.
When the body searches for a critical or a realistic object in the culture economy, it is difficult to find it but the body realises it only when it is in contact with the object physically and is visible and perceivable. This raises a question whether the body considers only those things as a part of culture economy which it is able to perceive and not all those which it does not perceive but are existent elsewhere. This is an interesting doubt that opens up about the existence of the supposedly non-cultural economy which is imperceptible. When the individual purchases a souvenir, it offers a dual projection; one which it naturally is as an object, and the other which the purchaser perceives it to be.
Woodward (Pg. 115) speaks about the changing nature of objects in the consumer market because of the change in the attributive elements of the cultural influence. With culture change, there comes a change in the perception of objects and with it comes the change in the elements of consumer culture. Modern consumerism has forced makers to produce objects that are aligned with the context of the modern consumer and their appeal. Decisions of objects and aesthetic qualities of products among consumers are changing with the advent of modern objects and development of modern consumerism as a societal norm. Cultural influence in buying decisions of consumers is seen as a narrative of their variable attribution of meaning and identity attached to the objects of desire. When the object is purchased, it is not just sought but it is also desired as an addition of their identity and giving an aesthetic appeal to their homes. The product consumed is studied more than the intention behind the purchaser and its authenticity. The author encourages a question about the addition of products as a mere habitual necessity or a real desire of the purchaser’s identity extension.