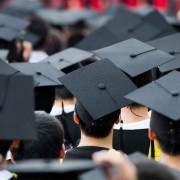 Generation Y is the media savvy generation. This is the generation who was born during the time when there was a boon of technology in the world. It is the segment of population born during the times of 1980 and 1990. This is the segment of the population which has been entering into the full time workforce in the present world. According to the article of 2013, there is an overall spending of 1.3 trillion pounds in UK by the generation Y people, which is around 20 % of the overall population (Dychtwald et al, 2013). The generation Y entered in the consumer market during the times of some of the worst economic climate. This is the times of great depression. These people have a huge impact of the social media. They are influenced by the product which has been more talked upon in the social media and not the one which is advertised more (Blank et al, 2004).
Generation Y is the generation which has a high influential power. The consumers are not the traditional media outlets which are the primary sources related to the products and services. In order to attract the people belonging to Generation Y, the brands have to create a careful image. In the present world, there is a lot of transparency than ever before. One of the instant constant and unfiltered medium for the generation Y people is the opinions of the consumers. The people belonging to this generation are very conscious with respect to the brands. These people believe that they want the brands to be reflected about their brand image (Holt, 2005). They consider the brand image to be the extension of their self-image and personal identity. For the brands who want to sell to the consumers who belong to generation Y, it is much more important for the people to capture the minds of the people to the millennial in order to create a strong product base for them (Gauzente & Roy, 2012).
Thus, they are much more connected to the collective upbringing. These are the people who don’t view themselves as the reformers, but they are the ones who observe themselves that they are agents of change.