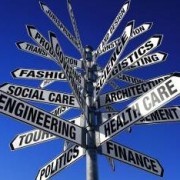 It has been lately observed that the business concept of online retail trade is becoming very popular mainly due to the improvement in technology all around the world. The major reason behind the decision to build an online retail store is largely due to the current increase in the market success and profit associated with this type of business (Rudolph, 2016). According to a survey conducted on the growth of online retail sales, it was observed that there has been a constant increase in the sales of online retail with an astonishing figure of 17% per year.
This fact clearly indicates the rise in the demand for goods and services by people worldwide. Similarly, my decision to build up an online retail store is justified by the recent trends which clearly signify that this form of business is currently regarded as one of the most successful and fastest growing business in the world. The current sales figure is around $2,197 trillion in 2017 which is further expected to grow at an annual rate of 8.8% to $2,489 trillion in 2018 (Infinity, 2017). The major rationale for choosing to build this type of business is very common as this business does not require a physical setup which would enable me to operate and serve the people of the country from one location. However, there are two marketing tools that have been used by me in order to justify my decision to build an online retail store which is PESTLE Analysis and Porter’s 5 forces model.
The implementation of PESTLE Analysis really benefited me in getting an in-depth knowledge of how various factors such as Political, Economic, Social, Technological, Environmental and Legal can affect my business in the country (Statista, 2017). The political factors of Canada such as the three major forms of government which is Federal, Municipal and provincial play a vital role in influencing new business organizations to successfully establish their business in the country. The economic analysis of Canada clearly highlights the growing economy of the country with inflation of around 1.6% and ranked 13th in terms of ease of doing business in the world. It has been observed that the people of Canada are more socially connected with the internet and are more prone to buy goods and services through the internet which, in turn, is beneficial for my business.
According to a survey, it has been observed that around 80% of the population of Canada is prone to the internet which clearly signifies my business’s ability to reach their targeted customers. The legal aspect of Canada clearly suggests that it follows the parliamentary structure of Britain so it becomes important for my business to strictly adhere to all the legal norms of the country. The environmental factors such as eco-friendly products should be a high concern for me to successfully operate my business in Canada (Aluregowda, 2013). Similarly, Porter’s 5 forces analysis of online retail business in Canada clearly suggests that the bargaining power of buyers, the threat of substitutes and market competition in the country is very strong. However, bargaining power of suppliers is moderate and the threat of new entrants is low in the online retail markets in Canada.