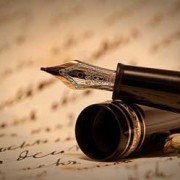 The consequences of this withdrawal by UK are enormous because it totally ruined the relationship with other EU members. Further, the free trading concept was affected and it became even difficult for the immigration to happen. It shook the economical position of UK because immigrants were no more encouraged and there was no freedom of movement allowed to them. While majority of people in London and Greater London voted for UK to be associated with EU, they also felt themselves at stake because of this decision by Prime Minister (Hobolt, 2016). It has not only affected the trade relations but also closed the opportunities of people who depended on the government for their financial growth.

This issue cannot be treated as a sudden one as the Prime Minister was already in the plan to quit UK from EU. However, the scope of this decision has created an impact on almost all the fields. It raised a question on further survival of people and the governmental support to the same.

As already mentioned, Brexit has affected the tourism industry to a greater extent. Several trade restrictions were imposed and people were not encouraged to immigrate for a period of time.

The first group of people who were affected is students. All those students who have proposed to migrate to UK for their higher studies will now not be awarded the complete research funding. The grants are expected to diminish and there is a likelihood that the partnership with other institutions by UK will also deteriorate over a period of time (Cressey, 2016). Hence, it becomes of no use for those who have proposed to migrate to this place just for the purpose of research.

The second group of people is the investor who would like to invest on new hotel developments or even renovation of the existing buildings. The investors would probably decide to halt their proposal as the relationship between EU and UK is broken and it might not anymore be an attraction for people outside UK. This deterioration of foreign investments will have direct impacts on GDP and growth prospects of UK in the global financial sector (Fountain, 2016).

The third group of people is the current group of owners in hospitality sector. Due to the exit of UK from EU, there is a possibility for many unpaid holidays and below the average volumes of final bookings from these UK citizens. The reduction of UK trips by people outside the country will clearly reduce the economic prosperity and would divert the visitors to other countries (Fountain, 2016). This will probably cause a transition of the country’s status from developed to developing. The economic crisis is expected to hit the country to a greater extent.

The final group of people is those who are interested towards inbound tourism. UK is known to have holidays for couple of months together (Peers, 2016). In such a case, it is clear that it will impact those inbound tourists with empty destinations, poor maintenance of hotels and lack of sightseeing locations. This will reduce the population of UK and will motivate them to choose other countries for survival.