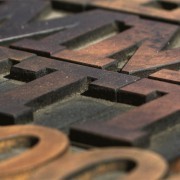 The monopolist structure is one where the producer or the business that produces a good is the only one that produces it and has no other substitutes to produce it (Braeutigam, 1989). Where an entire industry is only defined by one company then such a market is called the monopoly market. True monopolies exist only in theory; however, oligopoly which is a slightly differentiated variant of the monopoly exists at large. True monopolies do not exist because of countries investing in legal barriers to stop the formation of a monopoly.
A monopoly and the need to break them up can be understood by some of its characteristics from the supply demand curve. Where the price does not have any impact on the elasticity of demand, then there will be a one to one relationship between price and quantity. Operating in the elasticity of demand region where price elasticity it always between -1 and −∞, these monopolistic organizations are able to control the price, supply structures of the market hierarchy.
An example of a monopoly is the diamond market, De Beers in South Africa. De Beers is a monopolistic structure in South Africa that was created in the 1880s and dominated diamond supply. And although later different diamond deposits were discovered in countries such as Russia, Australia and India, De Beers works to either buy out producers or enters into agreements with the local government. In some countries such as Russia, almost all the diamonds are sold by DeBeers.
Government regulation attempts to break and bring down monopolization. For instance, in the United States, the monopolies are owned publicly. Some of the public monopolies are that of Amtrak, United States post office, electric companies such as the Ohio Edison etc. These forms of public owned monopolies at one end does break up the monopolies of privatization however as researchers argue, it does not change the competitive scenario. However, some amount of price regulation is possible because a price ceiling could be set by the government monopolies. Imposing a price cap is also helpful as it will lead to the increase of consumer surplus and this helps in controlling demand and controlling price surges. Nevertheless, public monopolies which break up the private ones still carry some deadweight of their own, as it might lead to a situation where it would appear that the government is interfering with almost every activity in the market. Incentives for corruption and high politicization are present.