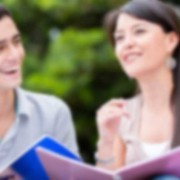 When conducting an in- depth analysis of the cases, it can be stated that altogether there was lack of identifiable long- term strategy by HIH and hence, it had been developed only in terms of opportunities. The decision of the company for re- entering the market of United States tends to be typifying this, under this premise of pure anecdotal evidence followed by a well- structured and well- justified strategic decision for being withdrawn from the market platform only some years ago (Laker 2010). The decision for purchasing FAI in the absence of due diligence, the decision of expanding in the market of UK and the joint venture with Alliance, can be considered as the woeful decision with patent prediction of the impacts on important stream of income by insurance premium.
CEO played an important role in acquisition of FAI as it was seen that he along with other senior management was busy in giving privileged treatment to Rodney Alder CEO of FAI during HIH’s ill-starred acquisition of the severely damaged insurance group as he received a huge amount of cash in favour of his responsibility (Mardjono, A., 2005). This shows the lack of transparency in using company’s fund and also negligence of duty and responsibility by the CEO and other higher management people. It is clear from the statement of Norman O’Bryan, SC, Counsel responsible for assistance of the commission, that HIH’s profit and loss accounts and balance sheet suffered almost instantly after this acquisition (Marquardt 2010).
It was convened in the board meeting for discussing the acquiring of FAI that had not been called any time before until this meeting where five out of twelve Boards of Directors had been absent. Out of the 7 present Boards of Directors, the participation by four Boards of Directors was held via video conferencing (Thavabalan 2003). The board meeting resolved that there must be proceeding of the takeover. The Board of Directors did not seem to have the advantage of board paper that included the report presented by the financial advisers of HIH. Adler who represented FAI, stated his refusal for allowing the undertaking of due diligence, and there seemed to be less general acknowledgment regarding FAI along with its financial stability and position (Mellahi 2005).