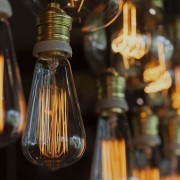 What evidence does the researcher present in support of their conclusions?The capability list that was formed earlier by the author is used as prime evidence as it has the potential to change the question and has provided the answer that was first interpreted. The use of skill for enhancing one’s life is used as a result and displays the similar research findings of the past that redefined the use of skills for bettering a life and not only make economic gain. Bryson puts it in his own words:
“Capability forces a focus on enhancing quality of life through social and economic change, as opposed to the increasingly constrained central concern of modern capitalism on achieving economic growth for its own sake.”
The author then compares the ‘what individuals want and not how’ as the result and then relates to how it had been the underlying discussion in various past researches. In addition, the author uses the Human Development Index as a discussion point where it is interesting to see the similarities of the goals of the index and then the same theory is used in suggesting governments in using skills as a propeller of quality life but not as a means to an end of economic progress, which in some cases disallowed freedom of choice to workers. The negative aspect of modern capitalism is also used as a comparable element in proving the conclusion because the impacts of capitalism have been destroying the very balance that individual workers are trying to achieve in life. Thus, modern capitalism as a natural enemy of overall well-being of individuals, as also shown by past research and literature, is used convincingly to support the arrived conclusion.
Evidence is simply equivalent to the assumptions and the construction of reality that comes with those assumptions, as understood by ontological basis. Similarly, the assumptions are also socially constructed which then forms the valid knowledge fulfilling epistemological concerns.