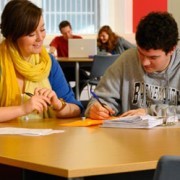 Auckland is regarded as one of the top ten most liveable cities of world. It ranks positively on all the key factors that the report touches to determine the liveability score.Score on stability indicates how safe a place is from crime, terror, civil unrest, military conflict. Auckland, the commercial hub of New Zealand, ranks 3rd most stable place across the globe according to the Economist Intelligence’s report of August 2016. In today’s time, the world is grappling with the challenges of rise of extremism across developed country like US and Europe. New Zealand has been able to safeguard its interest and people from similar attacks. Terrorism and civil unrest have been on the rise and have become even more prominent in the recent couple of years.
Developed countries like US, France, Belgium and Australia have been waging a battle against the rise of terrorism. New Zealand is one of the safest places in the world. It has been ranked third on the latest Global Peace Index. Crimes related to racial discrimination and religion can be hardly traced (Newzealandnow.govt.nz, 2017). A large chunk of population migrates hold the hope of finding a place which can offer them a secure future, minimize risk to life and property, and then New Zealand becomes a sought-after destination for them.
New Zealand has an exceptionally high standard of education. At secondary level, it offers a mix of state-funded, partially funded and private schools for children from five to eighteen years of age. At the tertiary level, eight Universities of New Zealand appeared in the top 500 QS World University Rankings 2015/16 (Newzealandnow.govt.nz, 2017). Auckland has been awarded the highest score, vis-a-vis other top cities on the education factor as explored by the report.
New Zealand is highly multi-cultural. People of New Zealand are relaxed, friendly and easy to get along with. It is a society of immigrants. Its population mainly contains people from European, Asian descent and Pacific islanders (Immigration.govt.nz, 2017).
Culture and environment explore factors like climate, level of corruption, level of censorship, religious freedom, etc. to determine the liveability score. Auckland emerges as the third best out of ten top cities.
The report measures on availability of private/public healthcare, quality of service, general healthcare indicators, etc. to derive the liveability score under this factor.
The other top 9 cities rank better than Auckland on the factor of healthcare. The countries health delivery model is currently in a flux due to chronic underfunding. However, attempts are being made at national regional levels to attain equity in the distribution of healthcare services by focusing more on people with lower income and poor living conditions.
Public hospitals in New Zealand are already focussing to improve its facilities and service. Some of the initiatives are the availability of 24 hours’ quality emergency services and facility of interpreters at hospitals, for the convenience of its diverse population (Immigration.govt.nz, 2017).