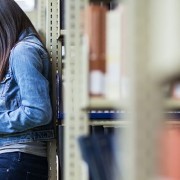 The movie can be associated with few debates and criticism about the popular culture. The serial killer in the movie is associated with the gay stereotype and that was the time, when violence had been increased towards gay people in America (Jarvis, 329). It also shows that transsexual and gay are stereotyped with serial killing. The FBI trainee Clarice shows the empowerment of the women in the patriarchal society (Kittelson, 23). The movie had been appreciated for showing feminism and supporting it.
Clarice is an attractive woman, who is doing a job, which is likely to be done by man. Her size is unexceptional and she does the manly job without looking manly (James, 288). The hotality in the movie has been shown throw more sociological perspective. “A female detective anxious over is not the promise of edgy sex, but the realities of violence that normative masculinity can produce. The result is a surprisingly feminist interrogation of the gender of violence and criminal investigation” (Becca, Americana: The Journal of American Popular Culture).
The gender issues have been very vital in the popular culture and the characters of the movie have been facing the gender issues. Since beginning of the film, Clarice is facing gender issues. She is trying to overcome her mental and physical weakness by doing a course at FBI, as she is troubled with her own identity. The audiences are visually reminded of her weakness, vulnerability and stranger status in numerous scenes in Quantico (Fuller, 822). One such scene shows that she is standing inside the elevator with a group of men, who are at least one foot taller than her. The other scene is, where group of men stop talking and stare at her in the building. The last still shots from the movie The Silence of the Lambs display subterranean atmosphere completely devoid of the harmony of the middle class of America. All the characters, themes, motives and dialogues in the movie represent American Popular Culture.