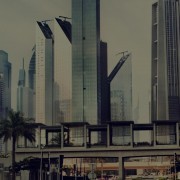 The average words per minutes is 163 words per minute wpm as seen in the case of many TedTalks speakers. In the current audio file, the number of words per minute is an average of 92 words per minute. The fluency as compared to the native speakers is hence a little less as the native speakers speak 163 word per minute. In terms of pause in speaking, there is not much pausing as such, but there is a tendency to use ‘er’ as fillers when speaking and this seems to create some form of interference with intelligibility.In the given audio file, it is not sure if the speaker is reading or just speaking using some form of speech notes.
There can be a difference in speaking rate and reading rate and fluency of reading rate might be higher compared to that of the fluency of the speaking rate. Research studies indicate that Chinese English Users could be less fluent compared to Native English users. English is not their native tongue and hence the fluency is a common train that Chinese English users will share with that of other countries, too. In order to address these fluency issues, it is also recommended that they take up classes and sessions that help them in meeting their communication needs with respect to the language.
Most research studies on the subject seem to advocate that when teaching Phonology for students it is necessary to understand how segmental features of the language pronunciation could affect their communication. The intelligibility of the person would be questioned in some situations if the communication is not up to mark. In the case of teaching the Chinese student in this context, it is necessary to present to the student that the segmental features mispronunciation could have a big impact on their communication. Based on the research argument that “the phonological patterns of CE which could achieve international intelligibility could be identified and kept as features of CE, but if the special patterns of CE speakers affect the intelligibility of Chinese learners’ English production, they should be considered as pronunciation errors”, then the need arises to correct them and teach the student how to avoid these forms of errors.
如果需要了解英國代寫論文推薦，就來我們英國論文通AssignmentPass輔導網，點擊上方欄目列表，我們有Essay代寫、Assignment代寫和Paper代寫等各種服務等著你，客服24小時在線，歡迎諮詢!