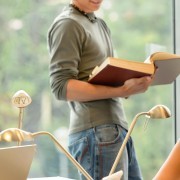 The World Trade Centre (WTO) is a bloc of 162 countries that include all trade promoting countries. The bloc acts as a regulatory authority for facilitating trade between nations, hearing and resolving trade issues and problems, and trying and expediting the flow of goods through innovative bilateral and multilateral agreements (Burger et al., 1991). The US as a strong developed nation is involved in multiple trade deals with partner nations depending on the demand and supply of required commodities.
One of the commodities it trades with India since a long time is cotton, as India produces one of the finest cottons in large quantity. The US on the other hand, by virtue of its financially superior position indulges into subsidy provisions for its local cotton producers (Trebilcock and Howse, 1997). This act is precisely motivated to take advantage of several trade agreements to allow its cotton producers to enter developing countries and sell cheap cotton. The pricing of cotton therefore is imbalanced in the Indian market, where cotton importers receive US cotton at cheaper prices which affects the India cotton farmers. This act of US creates an imbalance in the quality of produce between US and Indian farmers, their financial health, their economic conditions, and their ability to sell cotton at substantially profitable prices (Horlick, 2014).
WTO rules are also seemed to be biased when developed nations are not restricted enough to contain subsidy payments which specifically render distorted trade practices (Lehmann and Lehmann, 2010). This act of US is to be analysed ethically, since the foundation of every act has a rational or irrational motivation. Applying the Humanitarianism ethical theory act of US and WTO rules are seen to be contrary. Humanitarianism indicates acts of universal benevolence as a moral code of assessing all its acts where there is no discrimination based on religion, race, gender, financial background, location, etc. (Brown, 2006). This theory does not discriminate between cotton farmers of US and India.
This means that continuing subsidy provision for US farmers when India cannot subsidise its farmers, because it is still a developing nation, is a crime and an irrational act. It is irrational because the act breeds discrimination. If the US continues to subsidise its cotton farmers, those farmers are able to penetrate global markets and sell cotton at cheaper rates (Cardwell, Rodgers and Grossman, 2004). This happens in India, where US cotton farmers enter India and sell cotton at cheaper prices than the India cotton farmers, and thus undermines Indian farmers to protect their business and survival interest (Cadot, 2006).