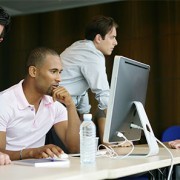 Specifically, the ethics of profit and profit making techniques of the Australian Retail Industry is discussed in this work. There are many pressures in the Australian retail industry and it is identified that most of them come from the profit-making scenario. Multidimensional industry as it is, the Australian retain scenario is one where both international retailers and domestic retailers collaborate. Some of the more major established retailers that operate in the industry are seen to do well when it comes to differentiations, costs control, etc.
However, the major problems for most retailers are seen to be in the context of maintaining profits more than any other. Sales growth based decisions are seen to be problematic for most retailers. This is herein ethical concerns occur. As the cast study shows, most companies in the context of controlling the retail supply chain for cost concerns might make use of cost reductions strategies such as outsourcing, or might make use of other forms of high pressure practices leading to disasters such as the Rana plaza disaster.
The environment of retail is one in which high end players such as the DickSmith Group, Westfarmers Group, the Woolsworth Group and more are involved. In each of these groups, it is identified that there has been some amount of audit situation in practice. However, this has not stopped the issues of creative accounting in the industry. At one end of the macro-environment, it appears as if the consumers do want some form of benefit, and yet at the same time are willing to pay slightly extra if the production workers are not harmed in any way. This shows an inclination towards sustainability. However, it is also identified that at another end, it could be that consumers might not be willing to pay low prices. This means that businesses are indeed forced to reduce prices wherever possible. Creative accounting practices and some form of misleading stance undertaken are ethical concerns that call out for a major change in accounting.
The first issue identified is the pursuit of cost savings and how power is applied in the supply chain to get these cost savings. This form of a pursuit of power was what led to the Rana Plaza disaster in April 2013 (Michael, 2013). This disaster highlighted people were made to work in a building with really construction and maintenance; workers were even locked after their work day. Such practices were used mainly to ensure there were costs savings.
Suppliers are coerced and deals are created that are downright unethical, as observed in the case of Tesco. Tesco delayed the payments that it owed to its suppliers just to show an improved financial state at a yearend or a quarterly. Some debts took more than 12 or 24 months to be repaid. Suppliers suffered because of their less bargaining power.Similar other controlled decision making, and the more recent 7’Eleven incident is a call to Australian Accountants to take a better part in being ethical and improving their infrastructure of working.